When it comes to the game of basketball, the height of the player matters the most. However, it is not always true, as many shorter NBA players have made their way into the NBA successfully. The shortest player in NBA history, Muggsy Bogues to Spud Webb, Nate Robinson, and Allen Iverson, are some of the exceptional names that pop up to mind while thinking about the shortest NBA players ever.

Many players below 6ft. have played marvelously despite the challenging game called basketball, usually ruled by the taller players.

The Shortest NBA Players of All Time

Are you one of those who think that basketball is a big boys’ game? You have not seen the reality, which we will reveale in this post today. Continue reading to know about the shortest yet greatest players in the history of the NBA.

Currently, the shortest player in the NBA is Houston Rockets guard Chris Clemons. The current shortest NBA player is 5ft 9in tall (1.75m). Clemons made his debut in 2019 with the Rockets. In the 2019 NBA draft, Clemons went undrafted but afterward found his way in the rockets summer league team. Before starting the season, Houston made a two-way deal for him to sign.

Allen Iverson shares the title of the current shortest player with Chris Clemons. 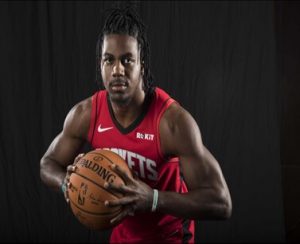 Before Allen, the NBA world hadn’t witnessed anyone this good and this short. He is the smallest NBA player with having an ideal small body with a big heart. Allen Iverson’s height is listed as 6’0” in shoes and reality, he is around 5’11”. He was 11- time All-star, four-time NBA scoring champion, and 2001 MVP.

Allen led the Philadelphia 76ers to the NBA finals in the season 2000-2001 most impressively, eventually losing in 6 games to the Los Angeles Lakers. He is currently looking for a new basketball home, with rumors of Puerto Rico as a new destination. 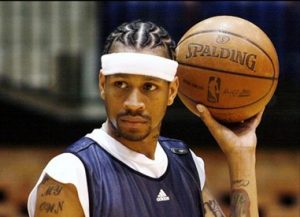 Earl Boykins, known as the shortest black player in NBA history, having a height of 5’5”. He is the shortest player in NBA to drop 30 points in a game. Out of his 16 seasons in NBA, the campaign of 2006-07, he posted a career-high average of 15.2 points in 31 games, which stands out the most.

Boykins is not only the shortest but also the lightest at a mere 133 pounds. Earl Boykins spent his journeys in different teams year to year. His longest period was with the Denver Nuggets, with whom he played from 2003 to 2007.

Despite his size, Earl passed and scored well. He also averaged 3.2 assists per game, which is quite impressive for somebody who averaged only 20 minutes per game. 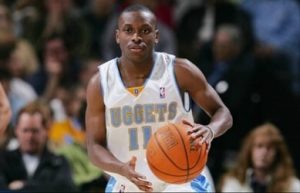 Chris Paul has an dominant career in NBA history despite having a shorter height than most of his contemporaries. 6-foot-tall height is not considered short in so many places, but in the basketball court, it is considered short. Chris Paul is listed as 6’0″ with shoes; his real height is around 5’11”.

He is known as the best point guard playing the game right now in NBA and has the Los Angeles Clippers performing far above their bottom-dwelling past. Despite his height, he is a great defender.

Some of Chris Paul’s achievements are nine-time NBA All-star, led the league in steals six times, Rookie of the year in 2006.

Nate Robinson came into the league as a first-round pick, and he lived up to the billing for over a decade. His long NBA career is quite impressive, and he is considered a foot shorter than many of his opponents.

In 2006, he was considered the second player under six feet to win the slam dunk contest in NBA, and he is the three-time champion of NBA history. Nate Robinson’s height is only 5’9,” and still, Robinson has above the rim capabilities.

Robinson has spent his time playing for the New York Knicks, Oklahoma City, and Boston Celtics and currently on the roster for the Golden state warriors. He has proven himself to be a capable backup point guard.

DO you want to dunk like a pro ? find the best hoops 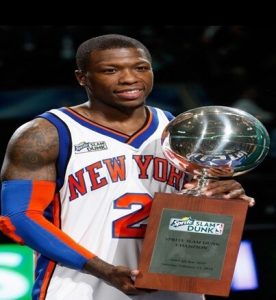 Muggsy bogues are also officially on the list of shortest NBA players of all time; bogues low leverage helped him to become a great ball passer and stealer. Almost in 14 seasons in NBA, he averaged a stunning 7.6 assist per game.

Bogues is the shortest player in NBA history, having a height of 5’3’’. By Washington Bullets in 1987, he was drafted 12th overall and later played for Hornets, Raptors, and Warriors. Taking advantage of his size, Muggsy was considered a great stealer and a passer as well. He has a record of 39 blocks in his career.

He has proved that height is not the barrier for success; height is not anything you can change; dedication and heart are the main objective. 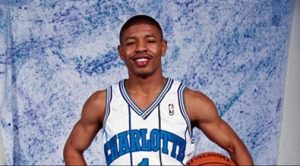