Those of us who watch a lot of Basketball and keep up with the NBA news daily might find it awkward to comprehend a time when the NBA or Basketball didn’t even exist.

Basketball is currently one of the most played sports in human history. Professional leagues are being played all over the globe. From China to Australia and even Madagascar, it has grabbed the attention of millions of sporting enthusiasts. The great thing about this game is that you don’t even need much equipment or specific conditions. It is fun to burn calories and enhance concentration without developing many injuries.

However, being a sport, Basketball wasn’t nearly anything as it is now. There is a solid history of basketball timeline that many of us aren’t aware of. That’s why today we will talk about things like who invented Basketball, what was the year when it was invented & how many players in Basketball are currently accepted. So, without further waste, let’s get into it!

The straightforward answer is James Naismith, a Canadian and a physical education teacher at Springfield College.  The more interesting fact is that he himself was a 31-year old graduate student of the college(known as YMCA)too and working as an instructor of the Junior group of students.

When & Why did James Naismith Invented Basketball? 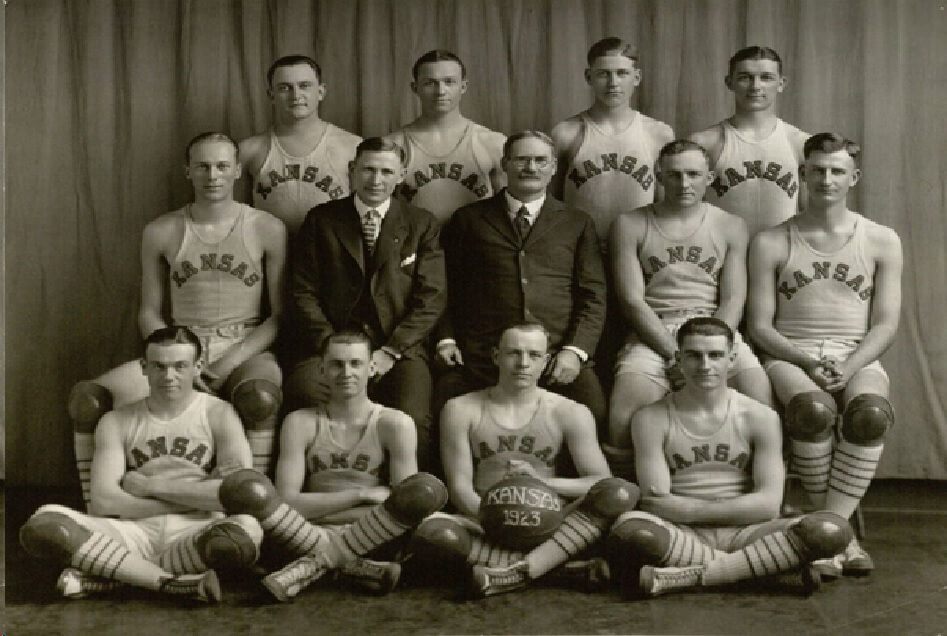 Basketball is one of those American sports with a clear-cut history and a known founder. It all started back in December of 1891 in Massachusetts, in which cold temperatures drove many athletes inside. James Naismith, a Canadian physical education instructor and a theologist, saw how restless the students were. They missed their usual outdoor sports, and the only game they could rely on was nothing more than indoor baseball.

At that time, the director of Springfield YMCA (Young Men’s Christian Association) tasked Naismith to develop a new indoor sport that would help sportspeople keep distracted throughout the winter. It had to be exciting and be able to play in artificial light. Other instructions suggested that it should be easy to adopt without ruggedness (fewer chances of fractured bones).

James Naismith then studied different activities like baseball, rugby, soccer & Lacrosse to adopt the best parts of each game in a gym environment. The result was a sport containing two peach baskets nailed to each other at ten feet and a basic soccer ball. 13 rules were established, and finally, Basketball was born. Thus, we can say that the inventor of today’s Basketball was James Naismith himself.

What Was the First Basketball Made of ?

The first basketballs were made from leather panels sewed together with an inside cloth lining( for extra support) over a rubber bladder. Later in 1942, a new molded form of basketball was developed
for a long time; leather material remained the favorite for outer covering of basketball till the late 1990s. Thenceforward, synthetic composite and rubber materials have been experimented with. The ball’s durability became a concern when people started to play basketball outdoors. Synthetic composite material quickly reaped popularity in many leagues. Nevertheless, the NBA’s official game balls are  made of real leather material.

What Were the Conditions of the First Basketball Game Ever Played?

The Basketball played in the early days was very basic, consisting of a soccer-style ball along with a couple of nailed fruit baskets. Each time the student scored a point, the staff member had to cease the game. Later on, it was decided that the lower end of the baskets had to be separated to resolve this issue. This led to the first basketball game ever played on December 21st, 1891, based upon two teams with 9-9 members each. It had 15min halves, and the score ended with 1-0.

How Many Players are in Basketball?

Originally, Basketball was played with 18 members, with each team receiving nine players. The court size was also quite limited to a typical gymnasium. Fast forward today, professional basketball leagues are organized with 12 players (5 at a given time). The basket height is also adjusted at 10feet, which is standard even today.

What were Some of the Original Basketball Rules?

James Naismith devised a set of 13 founding rules for basketball games in 1892. Some of the renowned ones are under as;

There is a lot to uncover when it comes to the history of the basketball timeline. The following key points will help you regarding basketball history facts;

This concludes our two cents on basketball history and its generalized timeline. We’ve discussed things like what was the first Basketball made of, who invented Basketball & the year when it was invented. At the end of the day, Basketball is one of the few curiosity-driven sports held dear to many people. It was developed as an idea by Naismith for the betterment of the community and a desire to serve athletes. So, next time you play on a court, try to think about its history and founding.